Does Anyone Do This Anymore?

I used to love blogging. Spewing my nonsense out there for the world to see was exciting. Now I wonder why I ever did it. A few years back I basically stopped posting anything online. On occasion I might post a picture on Instagram or even a comment on someone else's post, but nothing else. Everyone is so angry now and it's tiring having to tiptoe around everything. I always freak out a little when someone leaves a comment on one of my rare Instagram posts.

A River Runs Through It

Way back in ancient times before I was online, my sister and I used to exchange strange letters. They weren't just letters, they were collages, cartoons, etc. Sometimes there were even physical objects like the big rock she gave me one time that has "BITE ME" written on it in indelible ink. And speaking of ink, when writing letters that you intend to be kept for many years, maybe you shouldn't use shitty pink ink in your fountain pen. 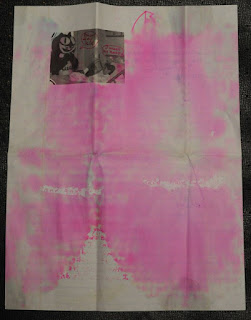 The above illustration is a letter from my sister circa 1992. I kept a lot of these letters in a box under my bed. Last night a river decided it needed to come to existence in my bedroom. (Heavy rain, old basement wall with a crack in it.) Luckily most of the letters were fine, but there were a couple that looked like the one above.
Posted by Scott at 8:13 PM 1 comment:

I was just over at http://www.plot-generator.org.uk/ playing with the short story generator. This is what it spat out.

Melanie Porridge looked at the silver blade in her hands and felt cross.

She walked over to the window and reflected on her cold surroundings. She had always loved grey McDonald's with its colossal, crispy crowded. It was a place that encouraged her tendency to feel cross.

Then she saw something in the distance, or rather someone. It was the figure of Owen Merriam.
Owen was a caring academic with vast fingernails and blonde feet.

Melanie gulped. She glanced at her own reflection. She was a witty, considerate, tea drinker with dirty fingernails and curvaceous feet. Her friends saw her as a muddy, magnificent monster. Once, she had even helped a manky enormously fat man cross the road.

But not even a witty person who had once helped a manky enormously fat man cross the road, was prepared for what Owen had in store today.

As Melanie stepped outside and Owen came closer, she could see the weak smile on his face.
Owen gazed with the affection of 8606 sweet late lizards. He said, in hushed tones, "I love you and I want an invitation."

They looked at each other with ambivalent feelings, like two giant, gentle gerbils laughing at a very ruthless snow storm, which had classical music playing in the background and two lovable uncles singing to the beat.

Melanie studied Owen's vast fingernails and blonde feet. Eventually, she took a deep breath. "I'm sorry," began Melanie in apologetic tones, "but I don't feel the same way, and I never will. I just don't love you Owen."

Melanie could actually hear Owen's emotions shatter into 3419 pieces. Then the caring academic hurried away into the distance.

Not even a cup of tea would calm Melanie's nerves tonight.

THE END
Posted by Scott at 7:40 PM No comments:

I put this blog on ice a few years back but I still like to post something at least once a year to let anyone know who may have read this thing in the past that even the though the blog's dead, I'm still puttering around. But I forgot to do that last year. My typical posts go something like, "I can't believe my blog's been around for thirteen years. It's easy to have a blog that lasts for years and years if you never post anything har har har har." I'll spare you such nonsense. Har har har har.
Posted by Scott at 3:15 PM 2 comments:

My blog had its twelfth anniversary a couple of weeks ago. I almost missed it, but I remembered this morning in a flash of pointlessness. And as I say each time I post about my blog anniversary, it's easy for your blog to be around a long, long time if you never post anything in it.

When I first posted this I was under the mistaken impression that my blog was fourteen years old. As always, I'm really bad at math.
Posted by Scott at 12:31 PM 1 comment:

It's time for an annual blog post but there's nothing to write about other than I have a bad cold. And my cat is incurably insane. 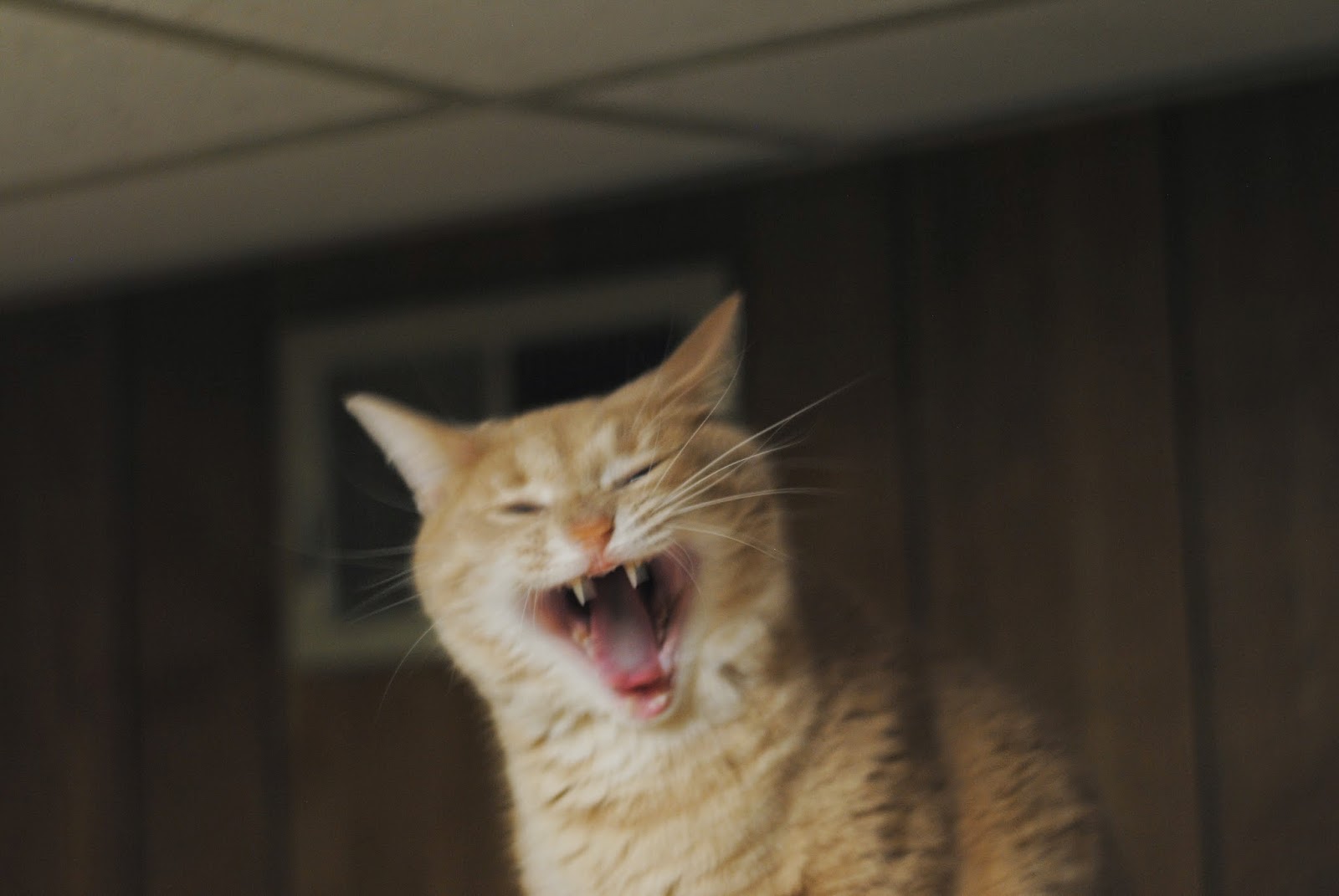 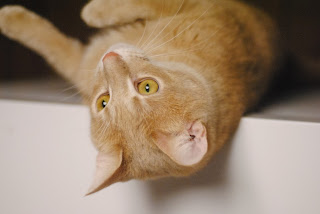 Yep, I decided to actually post something here just to prove to the internet that I'm not dead ( I just smell that way). My blog's eleven years old, but since I never post anything that's kind of irrelevant.

So, you ask, what have I been up to? Nothing. It's not like I've been posting loads of awesome stuff at some other place and you're missing out. Nope. I don't do much posting of anything much on the internet, but since I got a nice used DSLR on Ebay I've been taking loads more pictures of my stupid cat, Cheeto, and posting some of them on Flickr. The one above is one of my favorites; Cheeto on top of the fridge mesmerized by a bug in a ceiling light. And I've been known to post videos of Cheeto on YouTube in vain hope that he'll take the internet by storm. So far the internet doesn't give a rat's ass about Cheeto. I guess it doesn't matter because Cheeto's kind of a dick.
Posted by Scott at 7:35 PM 2 comments:

Scott
The story of a man slowly being transformed into a cyborg--a cyborg born to dance!

My Record Collection is Cooler than Yours

My Other Blogs (Mostly Dead)